Tia Brazda's latest album Bandshell comes out swingin’. The album shines with bouncy piano; full, rich, orchestral strings; dynamic horn arrangements and smooth production that updates Brazda’s vintage vibe from flats to heels. The album features some of Canada's jazz greats such as Marc Rogers on bass, William Sperandei on Trumpet, Chris Gale< on saxophone, William Carn on trombone and Mark McLean on drums as well as Miranda Mulholland on fiddle (Great Lake Swimmers). The 10-track examines affairs of the heart from a rollercoaster's front car view. Amidst biting lyrics like “That man is like a loaded gun, he drinks too much, he fights for fun,” in the rockabilly-infused song “All Mixed Up,” or the message in “Waste of Time,” where our leading lady kicks a capricious lover to the curb, vixen-style, there’s still plenty of frolic and fun to be had. From the catchy, call-and-response sections and muted, growling trumpet on the gritty “Hard Luck,” to the Charleston-infused title track, to the spaghetti western, Ennio Morricone-inspired guitar on “Mr. Mystery,” there’s a wide range of elements on display, neatly packaged and bowed with Brazda’s superb Billie Holiday-meets-Amy Winehouse-like vocals.

Bandshell is beautifully co-produced by two gentlemen who have previously helmed Juno-nominated albums - Marc Rogers (David Braid - Zhen), who plays bass on the album, and Chris Graham (Splash’N Boots – Happy Times), who also mixed the tracks, and plays multiple instruments throughout. There’s a definite continuity of sound, but each song has its own lush life. It’s the little touches that surprise and delight. On “Just Like That,” for example, Tia produces some of the sweetest backing vocals, accompanied by dulcet strings, and a tasty bebop bass-and-drum breakdown that leads into an unexpected modulation. Track seven features Triplets of Belleville vocals and big, Gene Krupa-style drumbeats, for a high-energy swing tune with a whiplash ending. The lone, slow ballad “All For You” will just about break your heart with Brazda’s honeyed vocals and Mike Freedman’s guitar standing on their own. But then you’ll want to start at the top and listen to the upbeat tunes all over again.

PRESS REVIEWS:
"Shine is as good as it gets." - Jeff Monk, Winnipeg Free Press
"Talent with ingenuity - she is truly an original." - No Depression Magazine 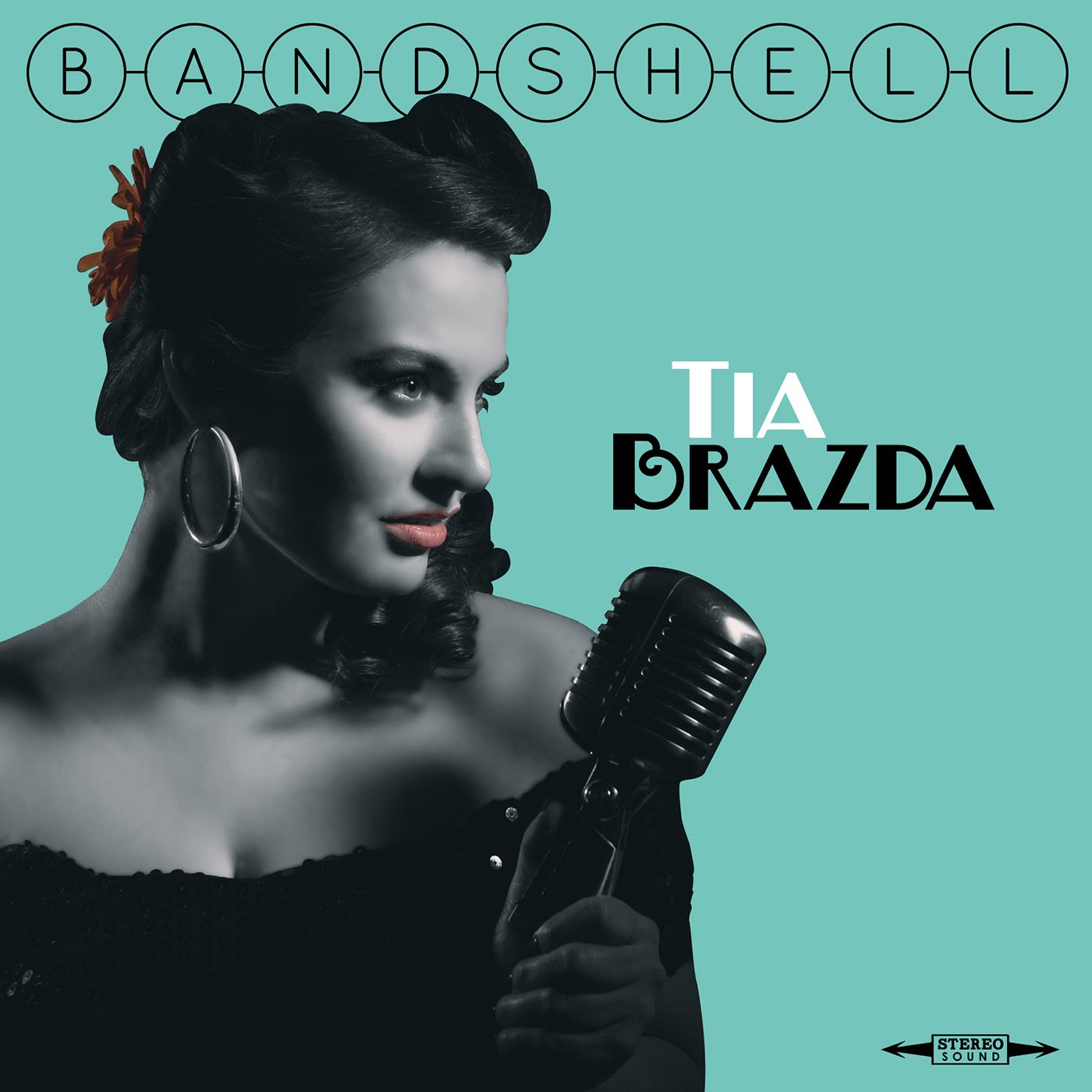